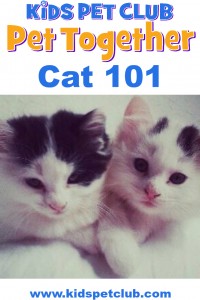 Get To Know Just What A Cat Is- The Facts

What kind of animals are cats or felines (Felis catus): Mammal

What is their lifespan: The lifespan of a cat can vary greatly depending on their breed, diet and overall health but they can live anywhere from 12-20+ years. The oldest domestic Cat ever recorded lived to be 38 years old!

What do they eat: Cats are Carnivores or meat eaters.

Different types of Cats: There are 36-38 different species of cat. (This is different from the breed of cat of which there are around 78. You can have cats that are different breeds but the same species.)

What are they covered with: fur of different colours and length. 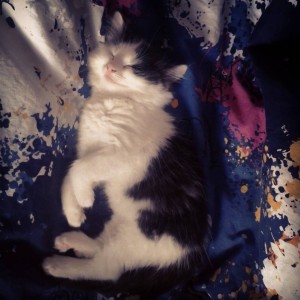 How Do Cats See?

Cats have two eyes with large pupils and they can see in near darkness. They need only one-sixth the light level required for human vision like most other mammals, cats have poorer colour vision than humans. 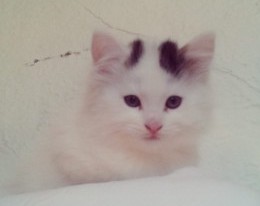 How Do Cats Smell?

Cats have noses and an acute sense of smell, due in part to their well-developed olfactory bulb and a large surface of olfactory mucosa, which is about twice that of humans.

How Do Cats Hear?

Cats have two ears and hear better than humans. Cats can hear sounds too faint or too high in frequency for human ears, such as those made by mice and other small animals. 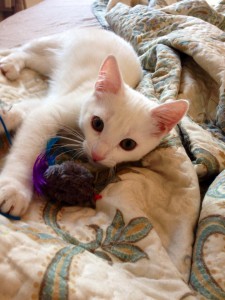 How Do Cats Move?

They have four legs, four paws, and a tail. They walk and run on all fours and can climb and jump. They have a strong flexible body, quick reflexes, sharp retractable claws, and teeth adapted to killing small prey

Since cats were venerated in ancient Egypt, they were commonly believed to have been domesticated there, but there may have been instances of domestication as early as the Neolithic from around 9,500 years ago (7,500 BC). A genetic study in 2007 concluded that domestic cats are descended from Near Eastern wildcats, having diverged around 8,000 BC in the Middle East. Some evidence has also reportedly been found of early cat domestication in China in 5,500 BC.