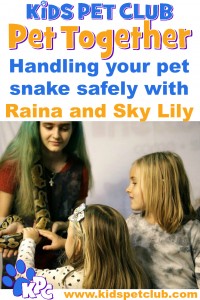 With Sky Lily and Raina

Handling a tame non-venomous snake raised in captivity should be fun and safe for both of you.

Make sure you have an adult with experience present. 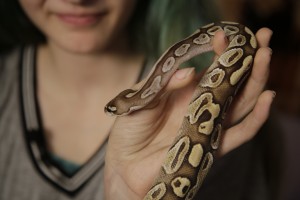 Wash your hands before and after handling your snake.

If you have a scent on your hands that the snake may mistake for the smell of food, their response could be to nip or bite, especially when hungry. Snakes rely heavily on their sense of smell.

Washing your hands before and after handling also reduces the risk of harmful bacteria or parasites being transferred to or from your snake. 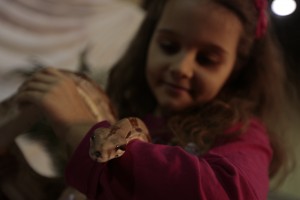 You can handle most snakes daily, but not all day.

If you’re looking for a pet friend that you can get some quality time with every day then certain breeds of snake may be an option for you!

They may not ever be truly tame like a dog, but some snakes seem social and love to be held, while others tend to shy away or act aggressively, especially when young. However, snakes can become stressed when held for long periods of time or they may become reluctant to return to their enclosure alone. It is better to hold your snake for short amounts of time more frequently than to hold them for long periods of time only every once in a while.

Sky Lily explains, you can’t play with a snake “all day every day”. You should, however, probably take the snake out regularly for around 20 minutes a day, Raina explains, so that they do get some socialization and exercise. 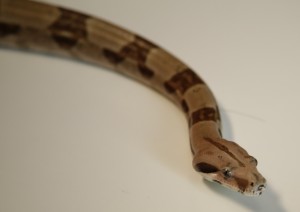 Are there times when you shouldn’t handle a snake?

Taking a snake out of its enclosure:

Do Not Let A Snake Coil Around Your Neck or Chest.

Do allow them to coil around your wrist. 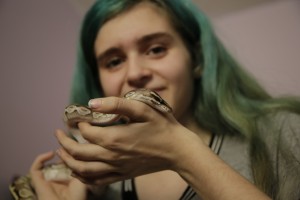 Return your snake to its cage by lowering it in. You can place it on the substrate or let it move out of your hands to a branch or the cage floor on its own.

Secure the lid when you are done, since snakes are great escape artists.

Raina suggests a Ball Python as a good snake to have as your first.

Called ball pythons because they like to curl up into a ball.  Raina explains that these are often recommended as a good starter snake for people. They tend to be calmer and move around less than certain other types of snake and be easier to take care of. 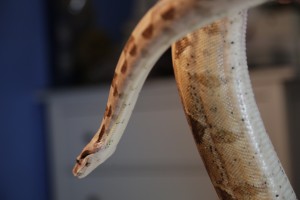 A lot of people think that snakes are slimy but Sky Lily explains that that is just because of the way the light reflects off of their skin. She says snakes are actually very smooth and soft!

Have you ever touched a snake?